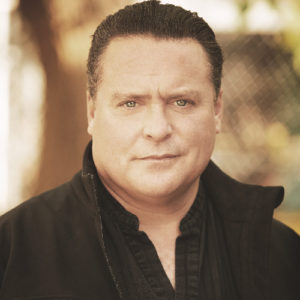 Multiple Gemini/Canadian Screen Award/Canadian Comedy Award-winner Sean Cullen has been entertaining audiences for decades. A fixture on the comedy circuit, Cullen’s musical talents, uproarious improv, and uncanny mimicry give him a style all his own. Whether it is performing stand-up, doing voices in animation, hosting, wiring novels or acting in in TV, Film, radio and theatre… Cullen is a hit at everything he does.

Cullen has starred in his own television series, The Seán Cullen Show, was a series regular Slings & Arrows, with appearances on Murdoch Mysteries, Anne: Fire & Fury, Dark Matter, Carter and you can see him in the upcoming seasons of Little Dog and Workin’ Moms. He was a finalist on NBC's The Last Comic Standing, and he has appeared on shows such as Ellen, The Tonight Show with Jay Leno, and The Late Late Show. He has a number of comedy specials under his belt including Comedy Central Presents... Seán Cullen, CTV/ The Comedy Network's Gemini-nominated Sean Cullen's Wood, Cheese & Children!, CBC's COMICS! and BBC/BBC America’s The World Stands Up. Some of his other credits include the feature films Ecstasy, Saint Ralph, and Phil The Alien.

He has leant his voice and writing talents to numerous children's animated series, such as Cloudy with a Chance of Meatballs, the multi-award winning Rocket Monkeys, Margaret Atwood’s Wandering Wenda, Jimmy Two-Shoes earning him an ACTRA Award to name but a few. Tune in on Youtube to Teletoon at Night’s Vampire Steve… it is simply hilarious.

Cullen’s theatre includes most appearing in the musical version of The First Wives Club in Chicago, the Shakespeare Theatre Festival in Stratford where he starred in A Funny Thing Happened on the Way to the Forum, Peter Pan, and King of Thieves and he starred as Max Bialystock in the Canadian Mirvish production of Mel Brooks' The Producer.

Cullen is also a novelist. He is the award-winning author of two series of novels for young adults Hamish X, The Prince of Neither Here Nor There. He has three comedy albums available on iTunes and every Tuesday he releases a new episode of his podcast Seanpod which has over 170 installments.