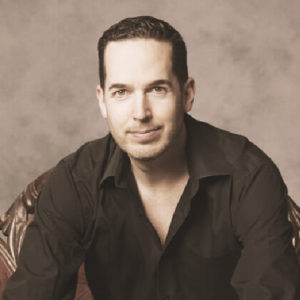 Parker Esse is a multi award-winning, dynamic and high impact storydriven director-choreographer. After performing regionally in national tours and being a featured performer on Broadway in the Tony Award winning Fosse, which was taped for PBS Great Performances, Parker followed his passion to the other side of the creative table. Having worked closely with mentor Baayork Lee for six years as her ass choreographer, he then teamed up with Warren Carlyle for over six years as associate director/choreographer. He and Carlyle collaborated on Broadway’s critically acclaimed and Tony Nominated Finian’s Rainbow and A Tale of Two Cities; five New York City Center Encores! productions of Girl Crazy, Finian’s Rainbow, On The Town, Juno and Stairway to Paradise; The National Tour of 101 Dalmatians The Musical; and Regionally working on the World Premiers of Lucky Guy and Pirates! at Goodspeed Opera House, Dancing in the Dark at The Old Globe, and tearing it up with Mame and the pre-Broadway run of Follies at The Kennedy Center.

Branching out on his own, Parker exploded onto the scene as choreographer on the groundbreaking Oklahoma! for the grand reopening of Arena Stage at The Mead Center for American Theatre. He then went on to choreograph such shows as Stephen Sondheim and Wynton Marsalis’ A Bed and a Chair: A New York Love Affair directed by John Doyle at New York City Center Encores! and Jazz at Lincoln Center. Parker choreographed the currently running, high-octane and critically acclaimed productions of Anything Goes at Arena Stage starring Corbin Bleu and Soara Joye-Ross and La Traviata at The Kennedy Center for Washington National Opera. Earlier this year, he choreographed the record-breaking Newsies starring Jason Gotay, Grand Hotel for his 4th production at Shaw Festival Canada where he also choreographed the internationally acclaimed Me and My Girl, and served as associate choreographer with Josh Bergasse and director John Rando on The Royal Family of Broadway for Barrington Stage.

Additionally, Parker is a 7 time Helen Hayes Nominee for Best Choreography, winning for his groundbreaking Oklahoma! and the starstudded The Pajama Game starring Broadway Legend, Donna McKechnie at Arena Stage, where he also earned 6 other nominations for his work on other shows. His stunningly reimagined choreography
for West Side Story at Signature Theater also earned him critical acclaim and a 7th Helen Hayes Nomination for Best Choreography. Recently, P choreographed the new, highly acclaimed “Revisal” of Rags at Goodspeed Opera House where he has choreographed 5 other productions and is a two time CT Outer Critics Circle nominee for Fiddler On the Roof and Carousel, which was taped and archived for The New York Public Library of Performing Arts at Lincoln Center. Parker was director/choreographer for Crazy for You and West Side Story at FLMTF and for the Pre-Broadway workshop, NYC readings of Hazel The Musical. Parker received his BFA from New York University’s Tisch School of the Arts. He is also the co founder and artistic director of The Broadway Master Class Series and a proud member of Actors Equity and Stage Directors and Choreographers Society. Currently, he is directing/choreographing his 6th season with  Physicians Mutual Omaha Symphony Christmas Celebration.