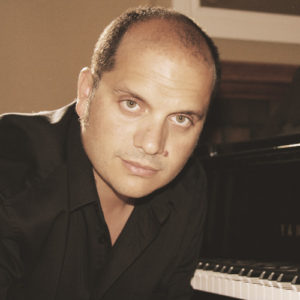 As an orchestrator/arranger, many of his works have been played and recorded by symphony orchestras and theatre companies across Canada. Mark was also a featured pianist at the Pan-Am Games cultural concert and has toured as a Concert Artist for Yamaha Canada.  In 2016, Mark co-founded PODIUM Concert Productions, bringing shows like “THE SECRET GARDEN” and “NINE” to the stage with full orchestra.

Mark also owns and operates his own recording studio IMAGINE Sound Studios and his Recording/Producer credits include his own CD “Mark Camilleri and the CT Project” as well as working with the late Jeff Healey, Jason Priestly, Quartetto Gelatto, Marvin Hamlisch, and the late Alan Thicke as well as various CDs for Somerset Entertainment.  T.V. and Radio credits include composing and recording commercials and corporate videos for Cosmopolitan Magazine, Johnny Walker, General Mills, Microsoft, General Motors as well as scoring documentaries for the History Channel and TLC.  Mark was also part of the creative team for both seasons of “Triple Sensation” (Produced by CBC Television/Garth Drabinsky).