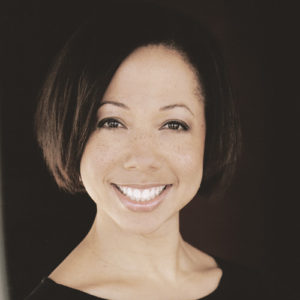 Louise Camilleri's career highlights include performing the role of Anita in West Side Story (Drayton Entertainment), the world premiere production of The Lord of the Rings (Princess of Wales Theatre) and as dance captain in Mamma Mia! (Mirvish Productions) and in the world premiere production of Show Boat at the Gershwin Theatre on Broadway for three years. Louise was also a featured dancer in the U.S. national tour of Sophisticated Ladies produced by Mercedes Ellington. Film/television highlights include performing in the movies Superstar, Blues Brother’s 2000, Disney’s Sharpay’s Fabulous Adventure and hosting The Galaxy Project with TVOntario and a number of commercials. Vocal highlights include performing as a guest soloist with The Canadian Tenors, as a featured singer with Josh Groban, pit singer for the National Ballet of Canada’s West Side Story Suite for two seasons, as backing vocalist for Steve Patterson’s comedy album, I Should Have been Famous By Now, performing and recording with Lorraine Segato and the Parachute Club and as lead vocalist for Mark Camilleri and The CT Project’s debut album.