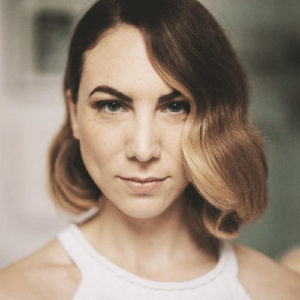 Laura Tremblay is essentially a “Jill of all trades” –singer, songwriter, actor, writer, director and producer. She has an array of film and television roles to her credit, including The Expanse (Syfy/Space Channel), Ben-Hur (2016; Paramount Pictures), Fugue (Indiecan Entertainment), The Cocksure Lads (Spiral Entertainment) and many more. She also had a lead role in the North American touring production of Evil Dead: The Musical and recently played the role of Vivienne in Legally Blonde the Musical at Stage West Calgary. In July of 2016, Tremblay released her debut full-length album, titled "Lived It Well", a fabulous collection of songs that was recorded at Lincoln County Social Club in Toronto produced by Murray Foster, bassist of renowned Canadian band Great Big Sea.