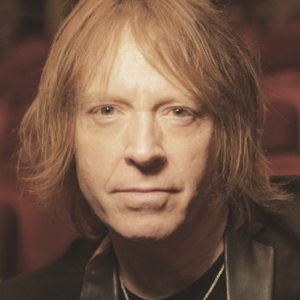 Bassist, songwriter, vocalist, producer and all around musician Jeff Pilson is probably best known for his work with the heavy rock group Dokken. He was a part of the classic line-up in the 80’s and again in the 90s as well as a reunion tour of Japan in 2016. He has also played with numerous other well-known acts such as Dio, MSG, and his own band War and Peace. Pilson now plays bass and serves as Musical Director for legendary rock band Foreigner, with whom he’s been with since 2004. Pilson also acted alongside Mark Wahlberg and Jennifer Anniston in the 2001 Warner Bros film Rock Star, where he also served as musical director. Along the way Pilson has also produced several albums for groups such as Warrant, the Starship, Adler (featuring Steven Adler of Guns and Roses), Last in Line, TNN, Foreigner (including the 2008 platinum CD No End In Sight) as well as the 2018 release of the song “It's Another Day” by Dokken. Pilson continues to tour, record and produce for Foreigner. In 2018, “Foreigner with the 21st Century Orchestra” recorded live in Lucerne Switzerland in May of 2017 was released where Pilson served as producer as well as a member of the band. Foreigner will be doing a headline tour in the summer of 2018, alongside the bands Whitesnake and The Jason Bonham Led Zeppelin Evening. Then in fall of 2018. the group will embark on an orchestral tour of Australia and New Zealand including a sold out show at the Sydney Opera House.