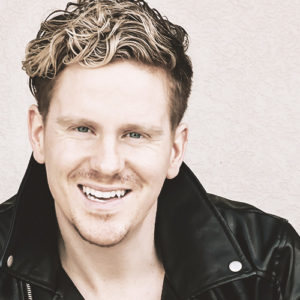 Geordie Brown is an award-winning singer, actor, pianist, director, and producer from Halifax, Nova Scotia. A finalist in David Foster's Star Search Atlantic singing competition, Geordie has portrayed numerous musical roles on stage with his "powerful voice" (Opera Canada), including productions at Neptune Theatre, the Spatz Theatre, the Dalhousie Opera and over 300 performances of Anne & Gilbert: The Musical in Charlottetown. Geordie recently released his debut album, a live recording from his original one-man show The Songs of The Rat Pack, which had a sold-out run at Neptune Theatre in 2017.

Geordie has appeared in numerous television and film productions, including The Tenth Circle with Kelly Preston and Stephen King's Ba. Most recently, he starred alongside Heather Rankin of the Juno-award-winning Rankin Family in A Rat Pack Christmas at the Spatz Theatre in Halifax.

For the past 7 years, Brown has been at the helm of The Advent Show - Halifax’s annual Christmas musical revue that supports young emerging performers and charities who work with the homeless; he has mentored over 100 young performers during his tenure with the show.