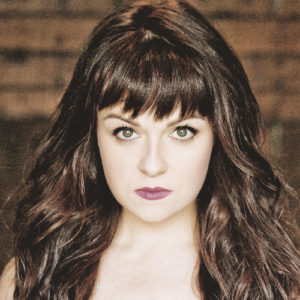 Erica is best known for her Dora Award-nominated performance as Scaramouche in the original Canadian company & US Tour of We Will Rock You. She also starred in the world premiere of Andrew Lloyd Webber’s The Boys in the Photograph (Mirvish) and most recently played Magenta in The Rocky Horror Show (Stratford Festival). Other credits: Kinky Boots (Mirvish, US Tour) Cabaret (Sally Bowles), Seussical, The Wedding Singer, Songs for a New World, and Penny Pingleton in Hairspray. Other Stratford Festival credits: You’re A Good Man, Charlie Brown and Wanderlust. She has performed with The Killers, Burton Cummings and Queen. Erica is also the owner and head stylist of WILDTHINGVINTAGE. Love to Mom & Dad, Marat, Talent House, and Robin.