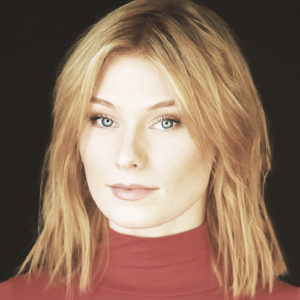 Darcy is thrilled to be performing in her third Mirvish Production and to be in this incredible show! Theatre credits include: Cha Cha in Grease (Irregular Entertainment/Winter Garden Theatre), Mrs. Wormwood in Matilda the Musical (1st National Tour/Mirvish Productions), Dimma in The Heart of Robin Hood (Mirvish Productions), The Cat in the Hat in Seussical the Musical and Joanne in RENT (Lower Ossington Theatre), Brooke Wyndham in Legally Blonde and Saint Monica in The Last Days of Judas Iscariot (Randolph Academy). Some film credits include: Country Crush (Netflix), Sensitive Skin (HBO), Reign (CW). Darcy trained professionally in musical theatre at Randolph Academy for the Performing Arts and has been performing before then for her entire life. She would like to thank her amazing friends and family and Callum for never ever ever letting there be a dull day in her life.