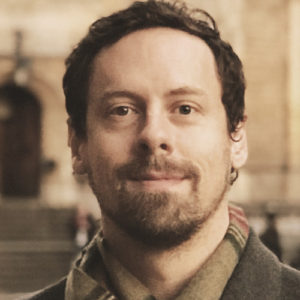 Ben has been in demand as a touring and session drummer for over twenty years. He has played alongside many notable artists/groups such as Bruce Cockburn, Holly Cole, Bowfire, Michael Kaeshammer, Sophie Milman, Molly Johnson, Jackie Richardson, Joe Sealy, Doug Riley, Marc Jordan, Amy Sky, Moe Koffman, Doug Riley, Wynton Marsalis, Gary Burton, Domenic Troiano, Florence K and Matt Dusk, among others. He has been touring with a number of these artists extensively throughout Canada, Europe, the U.S., China and Japan. For 15 years Ben co-led an original soul/R&B project in Toronto, Planet Earth, which opened for Maceo Parker, Bettye Lavette and Trombone Shorty, as well as for the Toronto International Film Festival. One of his more recent projects, a collaboration with producer Terry Brown, the band Blurred Vision made waves across the UK and elsewhere internationally, gaining support from such international artists as Roger Waters. In the pit, Ben has performed for Toronto musicals The Bodyguard and The Lorax, both Mirvish productions, as well as having performed West Side Story for Drayton productions during the spring/summer of 2018.

Having played on dozens of albums and hundreds of commercials, as well as music for film and TV, Ben also composes, arranges and produces in many styles of music including classical, jazz, singer/songwriter and R&B. He has composed works for string quartet, world music ensembles as well as for symphony orchestra. “That’s What Happens”, a song co-written and produced with Courtney Farquhar, was included on Warner’s Women and Songs 7 compilation CD which achieved platinum status in Canada.