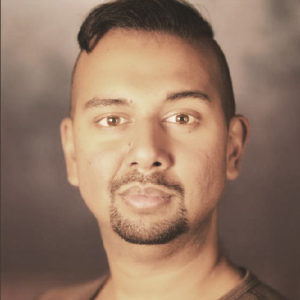 Andrew is a solidly trained and versatile dancer as well as a musician, singer and actor. He is quickly becoming one of the leading Tap dance artists in Canada, teaching and choreographing across North and South America. He is an award-winning actor, composer and writer, having recently had his self-produced short film officially selected in 12 festivals around the world and winning 4 awards including BEST SHORT FILM. He was a featured singer and dancer on the 20th Anniversary World Tour of RIVERDANCE after which he did ANYTHING GOES with Drayton Entertainment. He mounted and remounted his One- Person show ONE STEP AT A TIME to critical acclaim, raising $5500 for SickKids Hospital and ErinOak Kids, and is touring the show in 2018/19. After returning from doing the record-breaking world premiere of Mira Nair’s MONSOON WEDDING musical at the prestigious Berkeley Rep Theatre, he played Cogsworth in Young People’s Theatre’s production of BEAUTY AND THE BEAST, then went to Newfoundland to play Billy in ONCE at Theatre St John’s. He just returned from Neptune Theatre where he Boutons, a lead role in Cinderella. Andrew is a graduate of the University of Toronto at Mississauga with an Honours Bachelor of Arts degree in Theatre and Performance as well as French Literature.